10:45 PM EST. This should be a violent clash between middleweight contenders, although if the line movement is any indication, the market has taken a side in this fight. At open, Kelvin Gastelum was a near 2-1 underdog, but that line has come down steadily since then, as he's just a fraction of that price today. Why?

A breakdown of Xs and Ox would suggest that Gastelum's superior wrestling ability will give him the edge and could possibly negate the heavy hands of Jared Cannonier. However, we don't see it that way at all. Gastelum is a tough fighter, but to ask him to stay away from the barrages of punches and kicks that Cannonier is going to fire off is a tough ask. In a 25 minute fight, the “Killa Gorilla" is likely to get his. A standup war in the smaller UFC Apex Octagon will not go well for Gastelum.

Both of these fighters are coming off losses to Robert Whittaker, but it does not take long to see that Gastelum is on a rough slide with just one win in his last five trips to the Octagon. While the quality of his opposition has been tough (Israel Adesanya, Darren Till and Whittaker), Gastelum has not been able to take that next step. Hell, his title shot with Adesanya back in April of 2019 was built off the back of a two fight winning streak where he was fed what remained of Michael Bisping and defeated the aged Ronald Souza. Both fighters were great in their time but by the time Gastelum got to them, not so much. The 1-4 slide since his win over Souza suggests as much.

Cannonier was slated to face Paulo Costa, but that dude was pulled from this fight on June 4 for undisclosed reasons. With over two months since the change of opponent, we doubt there will be any sort of letdown or surprises thrown at the "Killa Gorilla" that he can't handle. Since moving down to middleweight from the 205 LBS division, Cannonier is 3-1, with his only loss coming to Whittaker last time out. As we've seen over the years, there is no shame in losing to "Bobby Knuckles." Oddsmakers agreed, as Cannonier was pencilled in as a considerable favorite at open and now he's not. Rather than lay the lumber here, we are going to trust that the "Killa Gorilla" is going to be able to get his hands on Gastelum. If he does, this fight is not going to see the judge's scorecards. 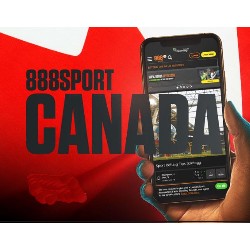